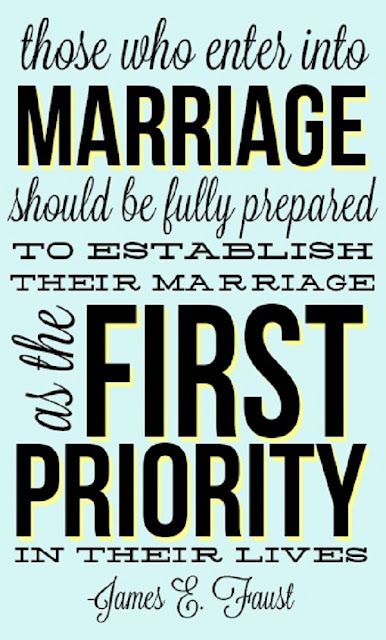 "Those who enter into Marriage should be fully prepared to
establish their marriage as the first priority in their lives."
--James E. Faust 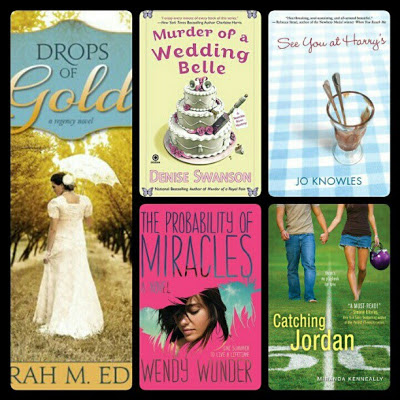 In the last week and half here's the latest bunch of books I've read. My favorites of these were Drops of Gold by Sarah M. Eden, The Probability of Miracles by Wendy Wunder and Catching Jordan by Miranda Kenneally (in that order).

As always you can find my goodreads list here, though I usually let the books percolate a while in my brain before I review/rate them.

Valentines day is getting closer!
Do you celebrate? Do you have plans for this year? 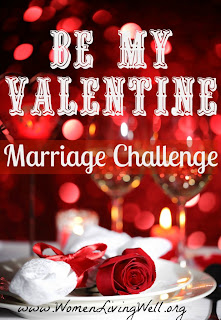 I found this last night over at Women Living Well and wanted to share it on my Marriage Monday post. I thought it was such a fun idea to use the next four weeks to increase our intentional interactions with your spouse. Go check it out, I'd love to hear if any of you are planning on doing it too!


You can find my other Marriage Monday's here. 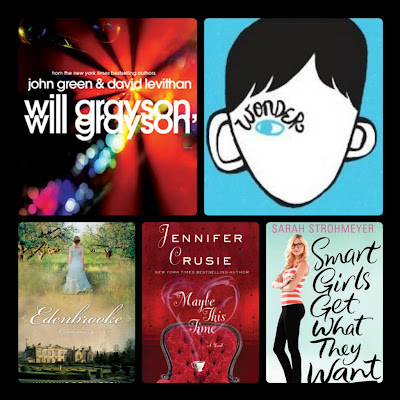 Will Grayson Will Grayson by John Green and David Levithan
Wonder by R. J. Palacio
Edenbrooke by Julianne Donaldson
Maybe This Time by Jennifer Crusie
Smart Girls Get What They Want by Sarah Strohmeyer

What are you reading this week? 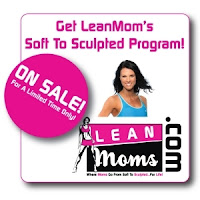 Thanks to everyone who entered. If you didn't win, check out LeanMoms.com for her free 6 week training program or for more information on the membership levels. (And check back here in a few weeks when I'll be giving away a 6 month membership!)

The winner of the 3-Month Program is.... 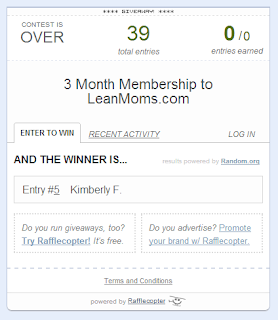 Congrats Kimberly F!
I'll email you, so keep an eye out for it.
Posted by Cranberryfries No comments:

A visual review of what I read last year.  In years past I've always had a theme to go along with my readings, (A-Z, local authors, fav genre, a set number to reach, etc). I toyed with a few ideas for this years theme but never specifically decided until about half way through the year.  I looked at what I was reading, and for me, it was stuff out of my comfort zone. Not my normal reads.

You can see my Goodreads list of 2012 here. You can see some of my thoughts on them there. I'm trying to catch up on my ratings and reviews, I like to let the book settle a little before I rate/review it.

Or here's a quick glance in descending order:

1. If You Ask Me by Betty White
2. The Sixty Eight Rooms by Marianne, Malone
3. Happy Accidents by Jane Lynch
4. The Coincidence of Callie and Kayden by Jessica Sorensen
5. Listening is an Act of Love by Dave Isay
6. The Final Piece by Maggi Myers

7. Virtuosity by Jessica Martinez
8. The Joy Luck Club by Amy Tan
9. The Fine Art of Truth or Dare by Melissa Jensen
10. Stories I Only Tell My Friends by Rob Lowe
11. Battle Hymn of the Mother Tiger by Amy Chua
12. Insurgent by Veronica Roth

13. Reached by Ally Condie
14. My Mother Was Nuts by Penny Marshall
15. The Time Travelers Wife by Audrey Niffenegger
16. The Book Theif by Markus Zusak
17. The Epic Tales of a Misfit Hero by Matt Peterson
18. Olives Ocean by Kevin Henkes

19. Miss Peregrine's Home for Peculiar Children by Ransom Riggs
20. 13 Little Blue Envelopes by Maureen Johnson
21. Cinder by Marissa Meyer
22. How to Save a Life by Sara Zarr
23. SuperFreakonomics by Steven D. Levitt
24. An Abundance of Katherines by John Green

25. Mistletoe & Margaritas by Shannon Stacey
26. Wolfsbane by Andrea Cremer
27. The Pixar Touch by David A. Price
28. Free Range Kids by Lenore Skenazy
29. Belles by Jen Calonita
30. Objects of my Affection by Jill Smolinski

31. The Wedding Beat by Devan DeSipher
32. City Limits (also named Idle Playgrounds) by Sheralyn Pratt
33. The Summer I Learned to Fly by Dana Reinhardt
34. The Night Circus by Erin Morgenstern
35. I am a Genius of Unspeakable Evil and I Want to Be Your Class President by Josh Lieb
36. Nathan Hale's Hazardous Tales: One Dead Spy by Nathan Hale

37. Penny from Heaven by Jennifer Holm
38. Notes from a Midnight Driver by Jordan Sonnenblick
39. 50 Jobs in 50 States by Daniel Seddiqui
40. Bright Blue Miracle by Becca Wilhite
41. Bittersweet by Sarah Ockler
42. Me and Earl and the Dying Girl by Jesee Andrews

43. The Disenchantments by Nina LaCour
44. We Got To Play Baseball by Gregg Olson
45. What I Didn't Say by Keary Taylor
46. City of Lost Souls by Cassandra Clare
47. Playing the Field by Janette Rallison
48. The Opportunist by Tarryn Fisher

49. When You Reach Me by Rebecca Stead
50. The Lonely Hearts Club by Elizabeth Eulberg
51. The Happiness Project by Gretchen Ruben
52. Second Chance Summer by Morgan Matson
53. Black Heart by Holly Black
54. The Statistical Probability of Love at First Sight by Jennifer E. Smith

55. Geek Charming by Robin Palmer
56. The Fault in Our Stars by John Green
57. Tuesdays at the Castle by Jessica Day George
58. Maze Runner by James Dashner
59. Please Ignore Viera Dietz by A. S. King
60. Twenty Boy Summer by Sarah Ockler

67. When You Were Mine by Rebecca Serle
68.Olivia by Julie Wright
69. Midnight in Austenland by Shannon Hale
70. Fireside by Susan Wiggs
71. A Little Bit Wicked by Kristin Chenoweth
72. Paranormalacy by Kiersten White

73. With a Name Like Love by Tess Hilimo
74. Always Looking Up by Michael J. Fox
75. Disney War by James B. Stewart
76. Pandemonium by Lauren Oliver
77. Pride and Prejudice by Jane Austen
78. This Time Together by Carol Burnett

79. Clockwork Prince by Cassandra Clare
80. Simply Irresistible by Jill Shalvis
81. How to Flirt With a Naked Werewolf by Molly Harper
82. Dash and Lily's Book of Dares by Rachel Cohen
83. Sean Griswold's Head by Lindsey Leavitt
84. The Scorpio Races by Maggie Stiefvater

85. Anna Dressed In Blood by Kendare Blake
86.There You'll Find Me by Jenny B Jones
87. Daughter of Smoke and Bone by Laini Taylor
88. Rules of Attraction by Simone Elkeles
89. Trust Me by Rachel Hawthorne
90. Red Glove by Holly Black

91. Why We Broke Up by Daniel Handler
92. Divergent by Veronica Roth

Have you read any of these books?
What did you think?
What was your favorite read of 2012?

With the new year comes the idea that many of us have a renewed sense of bettering ourselves. It's invigorating and exciting and with everyone doing it at the same time (though many of our goals may be different) it's fun to cheer each other on.

May I throw a suggestion into the ring? Schedule, plan and/or calendar a handful of times throughout the year where you'll actually sit down (at least you, with your spouse would be ideal) and do something to be better your marriage. Build it up. Whatever it may be. Twelve times, that's only once a month!


Here's something to help get you started.
(I realize this says Utah, but really anyone can access this.)

I keep thinking I need to blog about my continued effort in getting fit and being healthier. So chalk that up to a goal this year. You might remember my earlier posts about my weight loss, (part1, part2, part3). I finished off 2012 with a bang and really enjoyed the programs I did that kept me motivated to workout hard every day.

I've been wanting to weight lift for SO long. What held me back though was not knowing enough about it. I knew a handful of moves and machines but I felt like, when I heard my friends talk 'today I did shoulders, today I did triceps and biceps' I didnt know enough moves specific to muscle groups that I felt I was being effective when I tried the machines.

I've seen LeanMoms around and when I did some research into the program I knew this was what I had been hoping to find! I needed to learn proper form, exercises and combinations. This is it! I want to get sculpted!

My initial review:
I started earlier this week and I AM HEAD OVER HEELS IN LOVE!!! I'm doing the at-home program and I've been so impressed with the set up. Lacy includes a detailed worksheet of the exercises for each day, PLUS a how-to video of each move. You're given access to the program upfront so you have all the information you need before you start so you can get comfortable and knowledgeable before trying it out.

I've poured over this information and there is variety and consistency so I think you'll love it as much as me! There is also a do-able meal plan. For me that is huge. I've always shied away from meal plans because I'm crazy picky but so far I've been really excited that I can handle this one! On top of that there is a great online support group that you can be involved in as much or as little as you want. Everyone is at different stages so it's nice to ask for clarification or suggestions but also throw in my two cents every now and then. 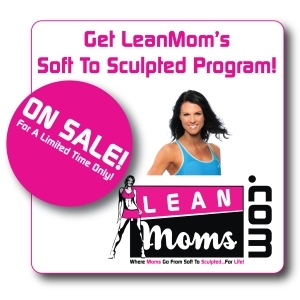 More specific information:
Leanmoms.com is an online strength training and body sculpting program created specifically for busy women and mothers. Each level is a comprehensive 12-week program designed to help you learn proper strength training and nutrition for a female body to yield great results.
Instead of a fad diet that promises quick (but not lasting) results, LeanMoms gives women the necessary tools to make long-lasting healthy lifestyle changes to help them feel better about themselves, be stronger and more active for their children, and have a lean, sculpted body they can be proud of.

The LeanMoms program teaches you how to exercise with effective strength training schedules and instructional videos,  and how to eat right with full, detailed meal plans that tell you what to eat, when to eat it, and how much of it to eat. This type of program is ideal for the busy mother, because it’s much less expensive than hiring a trainer and can be done on your own schedule—either at the gym or at home.

Lacy, the CEO and founder of LeanMoms, and all the other LeanMoms clients will be cheering you on along the way in the private LeanMoms Facebook group, on group calls, and motivational emails. The private Facebook group is like tapping into a fountain of fitness and nutrition gold. The level of support you receive is like nothing you've experienced before. It's hard to fail when you have this kind of support.

LeanMoms.com is offering The Molly-a 3 month ($67) membership to one of you lucky Cranberryfries readers for FREE!!!

Yay! We can do it together!!